How Could I Have Been So Wrong?! 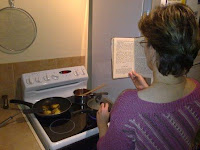 I can’t put Carry me Down down!  It’s a wonderful piece of story telling, a story of a young boy’s angst.  Maybe it will be sinister, but the tone I felt at the beginning is not there now.  Poor John, because he’s so much bigger than other boys his age, he’s expected to behave more like an adult.  However, he’s only 11 going on 12 and still has childish yearnings.
John is convinced that he is a human lie detector.  He first notices this when his father kills their cat’s kittens and he tells John that it does not upset him as it’s no different than what farmers have to do every day to feed them.  But John vomits, his ears burn and he knows that his father is lying.  Every time someone close to him tells a lie this happens.  He starts to keep track of everyone’s lies is his ‘Gol of Seil’ (Log of Lies) and fantasises about being picked up at the airport on his way to Niagara Falls (his dream holiday) by the people from the Guinness Book of Records and being introduced to Mr Ripley from Ripley’s Believe it or Not in order to show off his original talent.  He even writes to the Guinness Book of Records asking them to contact him so that he can demonstrate his 100% success rate in detecting a lie.

In the meantime his only friend has ditched him for the new girl in class, and she bullies John constantly about the time he wet himself.  He tells her that it was an experiment to see how long he could hold himself so that he could get into the Guinness Book of Records.
John’s parents are estranging themselves from him.  They tell John that they are concerned about his abnormal growth but his mother also has worries of her own the main one being his father’s lack of work.  There are some quite funny remarks/jokes between the boy and his parents, and whilst they are funny they are also a bit bizarre and you wonder really what sort of upbringing he has had with these people.
One day John goes to school to find that his teacher is sick and there will be a substitute teacher by the name of Mr Roach.  John takes to him instantly and wants to tell him about his lie detection.  When he approaches Mr Roach to ask him if he can get any books on the history of lie detection from Mr Roach is sidetracked by the fact that the school does not even have a library.  The next day he sets up an ‘imaginary library’ with a box of Reader’s Digest, a table and a set of red curtains.  The students must line up, ring the bell and step into the ‘library’ and request a book.  A Readers Digest is then labelled with the book title and Mr Roach will use these titles in his request for a real library.  The students must take their ‘book’ home and write a summary onf their imaginary book. 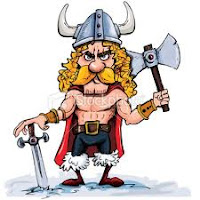 John requests a book on Vikings and he can’t wait to get home to get started on the summary. The next day he has to read his summary to the class and the teacher then tells them all about the Vikings.  The next day the new girl Kate requests a book on how to stop bed wetting for her ‘brother’. John is mortified……. and that is as far as I have got.
I must mention too, as this is also the cover image, that on the track where John walks to and from school, there is a tree and in this tree a doll has been stuck for many years.  The head is blackened, and he promises every time that he sees her he will get her down.
I’m really impressed with the insights into John’s feelings and can almost identify with him at school with the bullying.  I was bullied mercilessly by a girl called Tina Pearson when I was at primary school, she wouldn’t let me pass the gate to go home and would pull my hair, kick my shins and call me names.  I used to bribe her with bags of marbles so that she would leave me alone! I often wonder what she’s like now.  Obviously she wasn’t a particularly happy child, which is pretty sad in hindsight.
Posted by Maxine at 9:26 PM