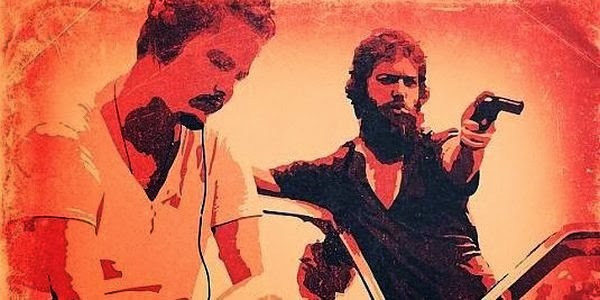 Every so often an independent movie comes along which has you thinking about it long after you have watched it.  The Battery is one such movie.

I think that we are all agreed that the Zombie genre has just about been done to death, but if you are a fan of The Walking Dead, and enjoy watching the survivors play out rather than reveling in zombie gore, then you will appreciate this movie.  Fans of baseball will understand the title and, for the rest of us, it is revealed about half way through the movie.

The premise is a simple one; two baseball players find themselves on the road trying to survive not only zombies, and other survivors, but also themselves.  They weren’t friends off the baseball field, and on the road their personalities clash more often than not. Ben will do whatever it takes to survive, but Mickey is more of your squeamish new age sensitive type.

Set in Connecticut the two keep on the move staying off the main roads scavenging food, and other items, along the way. They pick up a couple of walkie talkies from an abandoned house, and whilst trying to reach out on the airwaves Mickey stumbles across an obscure conversation between a man and a woman.  Mickey is convinced that they will find sanctuary with these people but he is told in no uncertain terms that they are not to come looking for them, and that they are not welcome. Mickey becomes obsessed with trying to contact the woman, and his reluctance to let it go bodes ill for the future.

The soundtrack to this movie is awesome, and I guarantee that the standout scene for anyone watching it will be Ben (played by Jeremy Gardner who is also the writer and director) singing and dancing to Anthem for the Already Defeated by Rock Plaza Central.

If you are serious about your zombie viewing, this is a movie not to be missed!

Maxine
Posted by Maxine at 9:28 PM